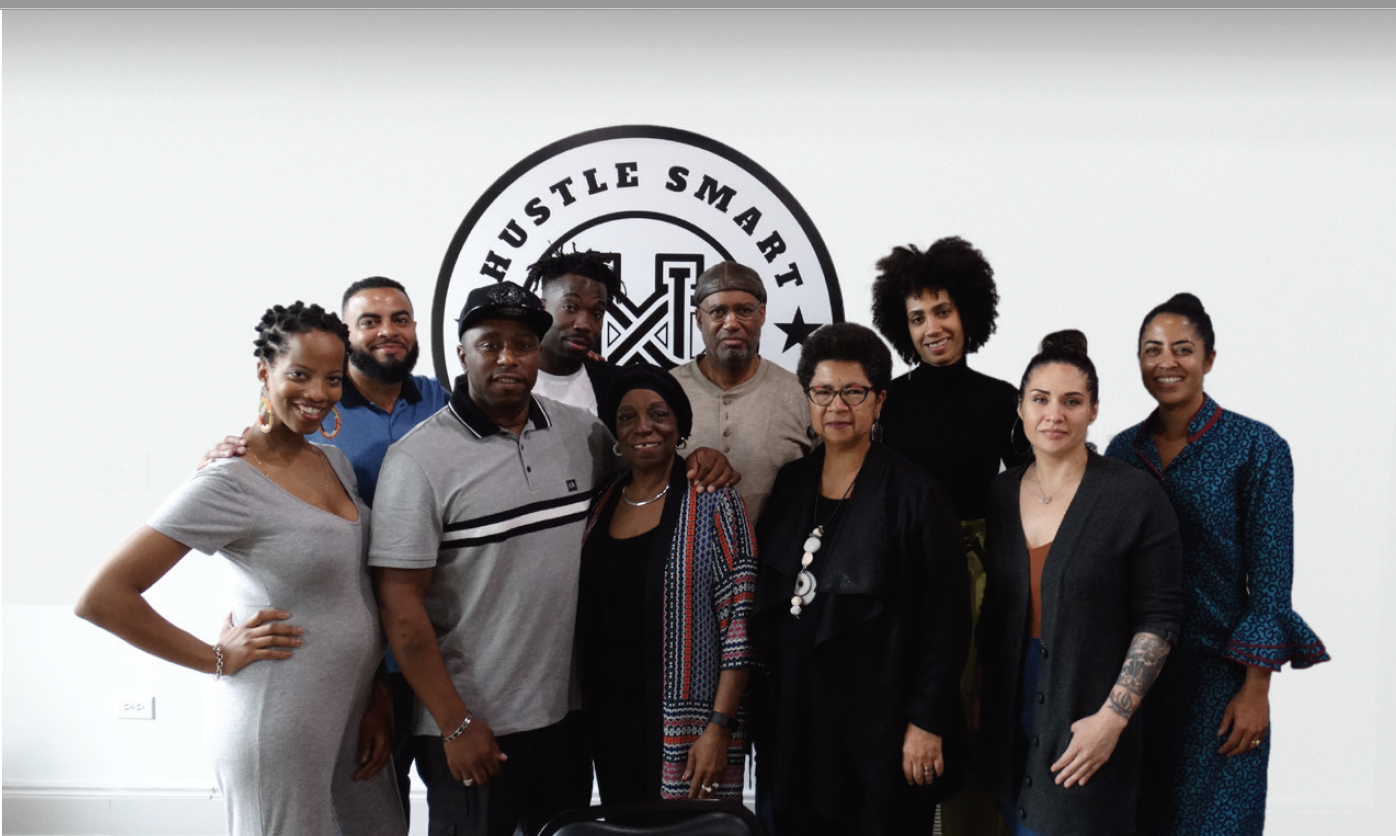 We thank the dozens of workers who shared their stories and perspectives on the challenges they face in the informal economy. This study could not have been completed without their openness and willingness to participate. Thanks also to Nicole Laporte, Glenn Taylor, Alonzo Waheed, and RichardWallace for comments on earlier drafts of this report. This study was funded with generous support from Conant Family Foundation, Atlantic Fellows for Racial Equity, and theFord Foundation. Publishing made possible with the support of the Social Justice Initiative.

EAT was founded in 2018 by post-incarcerated Black people from Chicago, in an effort to uplift the voices and power of Black informal workers in the US. The in-formal economy is the diversified set of economic activities, enterprises, jobs, and workers that are not regulated or protected by the state. The mission of EAT is to build social and economic equity for Black workers engaged in the informal economy. To achieve our mission EAT builds comprehensive campaigns (base building, research, advocacy, policy development & communications) with Black informal workers that increase economic equity for historically unemployed Black people and dismantle anti-Black racism.

Since 1978, the Center for Urban Economic Development (CUED) has conducted research on a broad range of issues shaping the trajectories of local and regional economies. CUED's mission is to improve development outcomes and expand economic opportunity, and we strive to achieve our mission in three principal ways. First, the CUED conducts original research on employment, economic restructuring, community development, and public policy. Second, CUED works in partnership with community-based organizations, labor unions, advocacy coalitions, state and local governments, and policy think tanks to devise development strategies. Such strategies require research on job access, job quality, business strategies and outcomes, the role of public policy, and the impacts of development on neighborhoods. Third, through specially constructed models of technical assistance to project partners, CUED enters into long-term relationships with organizations to conduct strategic research, to evaluate community and workforce development programs and strategies, and to translate lessons from practice into public policy.

‍I am the founding executive director of Equity and Transformation (EAT).

Our mission is to build social and economic equity for Black informal workers. For years I worked as a labor organizer and watched intervention after intervention fail to reduce the racial wealth gap or the unemployment gap for Black workers in Chicago. Persistent inequality led me to seek answers about how Black people in Chicago were surviving, even in the absence of an essential resource —regular, full-time employment. What I found was that Black people face systemic challenges. Their earnings are low. Their work is often criminalized. And as a result the lives of Black informal workers are inherently at risk.

But I also found that Black informal workers are resilient and creative, and they have constructed an informal economy to acquire a means of subsistence. They have made lemonade out of lemons and are light years ahead of what policymakers define as alternatives to formal employment.

I knew there would be pushback for developing and intervention for Black informal workers because this isn’t traditional labor organizing. In fact, to date, EAT is the only organization in the US that focuses on Black informality. This is alarming considering the fact that nationwide Black people have an unemployment rate more than double that of their white counterparts. IfBlack workers cannot gain access to formal employment, yet they must operate in a system that requires money to acquire food, water and shelter, then there must bean alternative system of survival. Whether it is anti-Black racism, social stigma or a misconception of true worker solidarity, the broader labor movement has ignored the struggles and activism of Black informal workers who earn their living in these survival economies.

The basis for this research report stemmed from a need to better understand what unemployed Black people are doing to survive. This question leads us to try to better understand informality and the survival economies that have been created in cities like Chicago. There is a broad understanding of what formally employed workers will need in times of crisis, but there is little or no information about what Black informal workers require. EAT’s mission is to not only understand the scope of the problem, but to develop tools to break down barriers of accessibility, now and for future generations.

In closing, I would love to live in a world where all people had equal access to labor and economy, but we are not there in the US, and it’s painfully evident in every employment and economics statistic that is reported. Until that happens, work must be done to understand the current conditions of unemployed Black people and to move that understanding toward a more just and equitable future.

Special Thanks to our Sponsors