Informality at the nexus of systems failure.

05
Informality at the nexus of systems failure.
05

The growth of Chicago’s informal economy has occurred in the shadow of the serial failure of public systems, which has deepened social insecurity within predominantly African- American neighborhoods.

The growth of Chicago’s informal economy has occurred in the shadow of the serial failure of public systems, which in turn has deepened social insecurity within predominantly African- American neighborhoods.

Racialized exclusions from the labor market are reflected in persistently high Black unemployment rates and Black-White wealth gaps. Underfunding of public health and mental health systems has left untold numbers of Chicagoans without the care they need.

The rolling back of welfare supports for those at the edge of the labor market, including the long-term unemployed, people with disabilities, and persons with caring responsibilities in the home, has left many without even minimal social protections. Meanwhile, there has been an explosive expansion of the criminal justice system, a perverse penal response to managing social insecurity.

It no longer should come as a surprise that the expansion of carceral responses to insecurity is tightly imbricated with the failure of other social systems. Not only has policing become one of the principal responses to systems failures through, for example, what the Cook County Sheriff’s Office has termed the “over-incarceration of people with serious mental illness,” but policing itself contributes to exclusions that many low-income Chicagoans face, as the mark of a criminal record impedes access to livelihood opportunities. But this is not the end of the story. Research has conclusively shown that the criminal justice system is having a disparate impact on African-American communities. That rates of imprisonment are substantially higher for Blacks than other racial groups has been well documented. So too has the spatial concentration of what is commonly termed “mass incarceration;” in Chicago, as in other major US cities, the geography of arrest and return overwhelmingly centers on low-income, predominantlyAfrican-American neighborhoods that have been left behind by a restructuring economy. Moreover, these racial and spatial disparities in rates of incarceration continue to reverberate across the job market. For formerly incarcerated Af-rican Americans, racial “inequality in employment and earnings persisted even after controlling for education, health, crime, re-incarceration, and a large number of background characteristics,” producing patterns of “racialized re-entry”that compound job-search difficulties. The result is that many are consigned to eking out a living in Chicago’s survival economies.

It is worth remembering that a number of the Chicago neighborhoods hollowed out by the loss of manufacturing facilities are the very same neighborhoods that have witnessed staggering levels of incarceration.

In the context of an eroded jobs base and racially disparate access to employment, the criminalization of informal economic activities, such as through bans on street vending in certain areas and the targeted use of anti-loitering ordinances to discourage informal trading, is tantamount to using municipal codes to punish the poor.

African Americans who have been pushed into the informal economy by a dearth of employment opportunities are further penalized by the perception of illegality that envelops these activities. In some cases, they face fines and arrest simply for engaging in informal work. It is no wonder that, as interviewees not-ed, Black jobseekers become demoralized. Experiencing economic insecurity arising from racial discrimination in employment, widespread joblessness, and the criminalization of informal economic activities, they are prone to heightened stress and anxiety. Some fall into drug addiction, giving in to the need to “self-medicate.” Many others develop chronic health conditions that go untreated because of the barriers they face accessing quality healthcare. Despite contending with serious health conditions that further constrain their employability, the unemployed who are fortunate enough to receive some public assistance rarely receive enough to cover their living expenses. Without alternative means of support, they have few options except to improvise a livelihood on the margins of the mainstream economy. 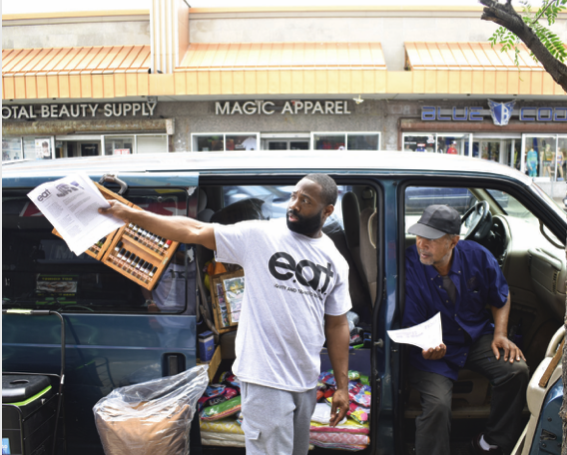 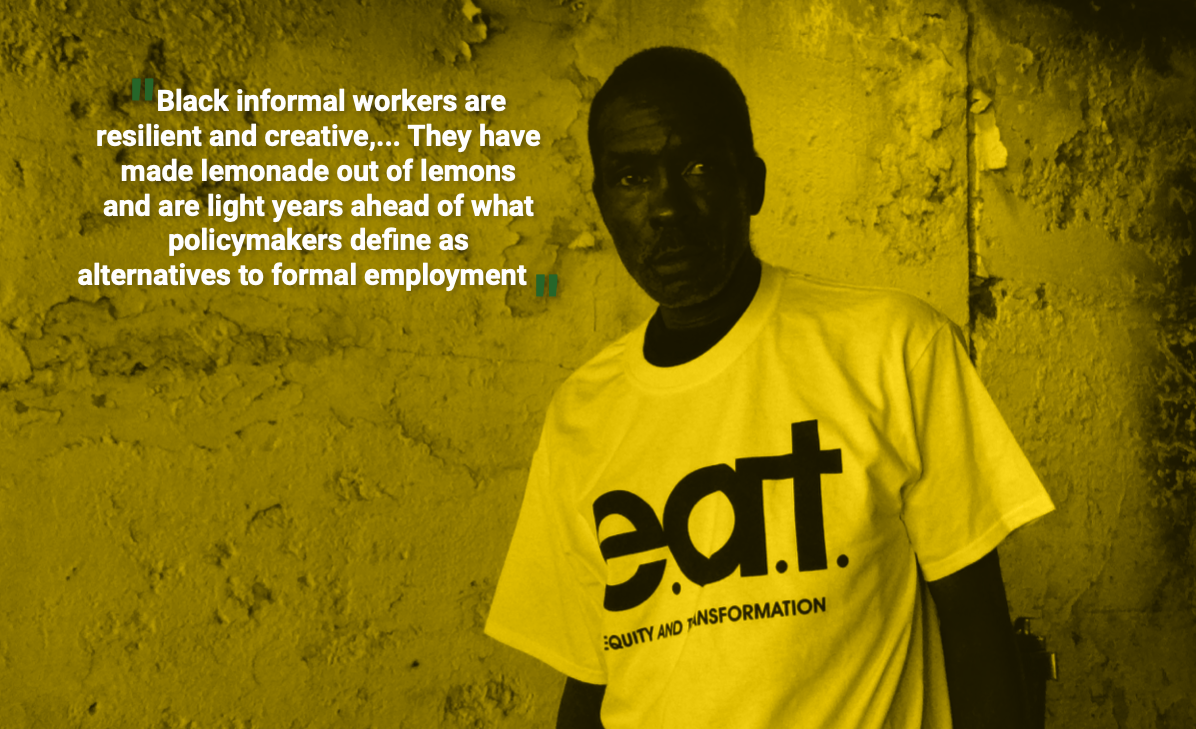 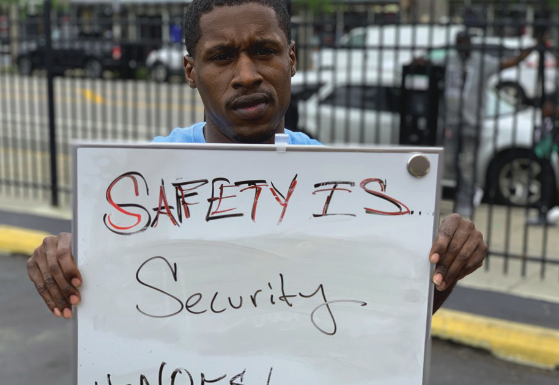