There is an old adage “it takes money to make money.” And so it is in Chicago’s informal economy.

The city’s survival economies operate asa vast circulatory system through which income from employment, business activities, public assistance, and other sources moves. This income is transformed multiple times from earnings, to consumer spending, back to earnings, and on to additional consumer spending, in the process supporting both the informally employed and conventional businesses. But to enter the informal economy one must have resources since participants, particularly those who are selling food and other items, incur upfront costs. These costs can be difficult to cover, especially given that two-thirds (67%) of survey respondents reported that in the previous two months they did not earn enough to pay all of their bills.

Maintaining an income from informal work, therefore, requires planning and the use of all available resources. Take, for example, Cynthia, the daycare worker featured at the outset of this report. When she was engaged in sandwich sales she would use her Illinois Link card (used for the electronic transfer of Supplemental NutritionAssistance Program (SNAP) benefits, also known as Food Stamps) to purchase bread, meat, chips, and soda. She would then sell sandwiches at a profit, thus earning back the amount spent using the Link card plus more. Strictly speaking, this is not what policy makers intended. But according to interviewees, the practice is common because SNAP benefits represent one of the few forms of financial capital available. We call this “juggling,” Barbara matter-of-factly explains. She too uses Link to support her candy sales, thereby diverting benefits to enable the informal work that modestly in-creases her income.

If it takes money to make money, as another saying goes, cash is king. Interviewees reported that, because recipients have so little money, some are compelled to sell their Link cards outright for cash. The sale of a Link card is a clear sign of desperation, likely owing to a struggle with addiction or another urgent need. Selling one’s Link card, however, is done at markedly unfavorable terms. Selling prices vary, but respondents reported that selling monthly benefits of $194, for example, typically would yield no more than $100, though $90 or even $70 is not unheard of. This minimal return is a reflection of a market that has been utterly distorted by desperation. With so few financial resources to help one navigate life’s challenges, some recipients resort to using whatever means are available to them, though even this can come at a high price.

Dismissing the described uses of Illinois Link as straightforward examples of “benefits fraud” ignores important aspects of how the poorest Chicagoans struggle to navigate the city’s survival economies.

First, SNAP overwhelmingly is used by recipients to purchase food that they themselves consume. Walter receives around $190 per month, with the goal of “making it last as long as you can.” Likewise, Cynthia and others have never sold their Link cards. For these recipients, SNAP provides a way to stave off hunger and cope with chronic food insecurity. Second, because welfare benefits are too meager to cover living expenses, even if someone is receiving maximum monthly SNAP benefits of $194, a turn to the informal economy is necessary. SNAP benefits levels simply are too low to enable a household to make it through the month. The juggling Barbara referred to —using funds from SNAP that are later recouped by selling food items that have been purchased using Link — provides the working capital needed to keep an informal venture going from month to month.SNAP, therefore, helps alleviate poverty, not only by providing supplemental nutrition assistance but by providing the resources very low-income Chicagoans require to boost their earnings, however minimally, through informal activities.Finally, it must be noted that, nationally, rates of fraudulent use of SNAP benefits are extremely low, at around 1 percent, and the program provides absolutely vital supports to very low-income house-holds across the country.

Link cards and SNAP benefits are not the only forms of social spending that bolster survival economies. Customers stretch their income from Social Security and Supplemental Security Income (SSI) benefits by making certain purchases from street vendors and other informal businesses. So too do customers who are trying to get by on low-paying jobs.The availability of lower-cost goods and services provided by informal-economy workers, though rarely unacknowledged, is an important way that residents in many Chicago neighborhoods make needed purchases. A closer look at neighborhood economies reveals the telltale signs. Street vendors hawking food and clothing. Hand-painted sign stacked on light poles and fences advertising movers, handymen, and house-painters. “You have different guys,” Walter elaborates, “the people who fix cars stand in front of auto parts stores, people who sell cigarettes stand at the bus stops and in front of liquor stores, and you have panhandlers who are in front of grocery stores. It never stops. Everyday, the same routine.”

The circulatory system of the informal economy extends well beyond the neighborhood. Income from informality helps participants pay their rent, insurance, and utilities; it generates spending with supermarkets, convenience stores, and other businesses, such as when food vendors buy items that are later resold; and it supports business activity in other states, such as when cigarettes are purchased outside of Illinois. As goods, services and money move through the informal economy, this circulatory system makes few distinctions between the licit and the illicit.

Licit goods, such as cigarettes purchased in Indiana become illicit, bootleg goods, when they are transported and sold in Chicago. Licit products, like homemade cookies or sandwiches, become illicit products when they are sold at train stations. And licit services, like auto repair, become illicit if they are conducted on city streets. And what about the use of SNAP benefits to purchase food items that then are sold? This potentially is a crime, though one that arguably has no victim. The funds are used for bulk food purchases, and are recouped through the individual resale of those purchases. In all these cases, buyers and sellers in Chicago’s survival economies are likely aware that lines are being crossed, though most would contend that the line between licit and illicit is often blurred. 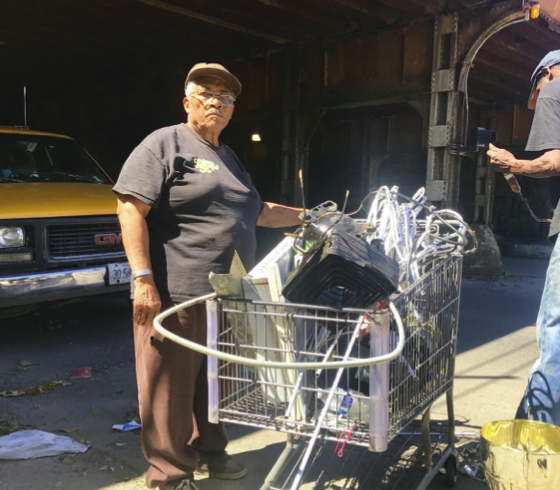 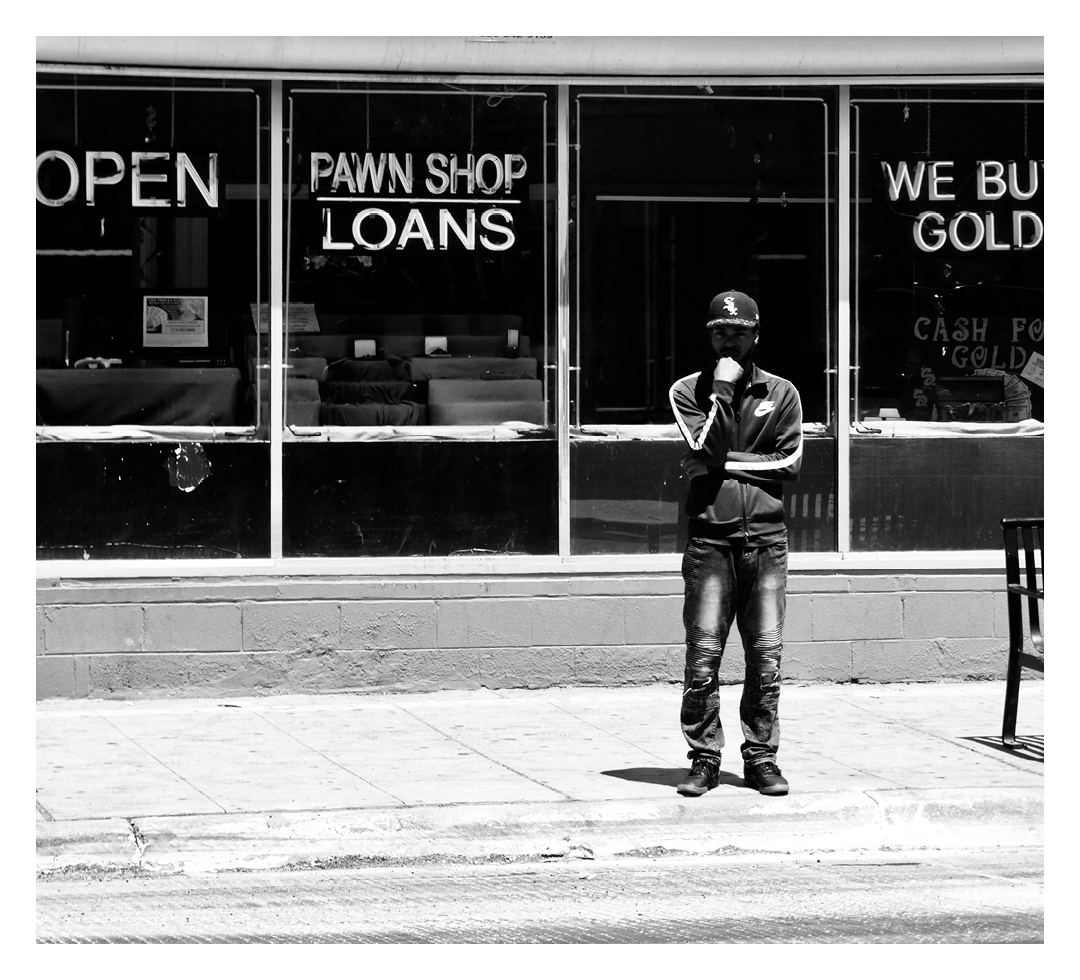 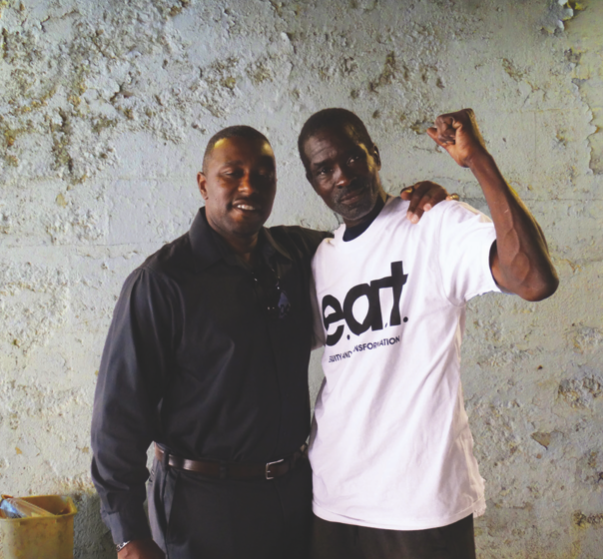